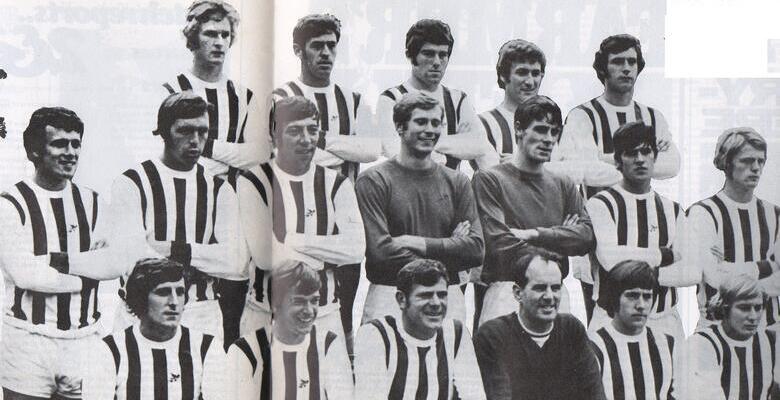 1970-71 season Albion again entered the Anglo-Italian Tournament and did even worse than the year before, failing to win even one game of the four against inter-Milan and Cagliari, finishing bottom of all the English clubs.

League form disappeared out of sight with Albion once again looking towards the domestic cup competitions for honours, after wins against Charlton Athletic and Preston North End in earlier rounds the league cup dream ended in a 5-0 defeat away against Tottenham Hotspur the clubs biggest defeat in this competition.

The season is best probably best remembered for the League performances at the expense of the big guns of the First Division. Having beaten Manchester United 4-3, and Tottenham Hotspur 3-1,also drawing with Liverpool 1-1 all at The Hawthorns earlier in the season they went to Elland Road with only four games left of the season where Leeds were expected to win the championship, but Albion caused a major upset by winning 2-1.

The victory itself was a complete surprise after having failed to win an away game for fourteen months, the team went there to await the usual thumping most teams had endured all season from “The mighty Leeds United”.

But something jelled that day and Albion came out looking like the title chasing team Albion were always in control, having made and missed chance after chance to add to Tony Brown’s opener, but what happened in the second half changed the season for Leeds and saved Albion from the worst possible fate a drop into the second division.

Before that second goal Brown picked up the ball on the halfway line. In front of him, on the other side of the pitch was Colin Suggett, who was in an offside position, as the linesman was indicating; the home defenders all automatically halted and awaited the referee’s whistle, referee Ray Tinkler judged Suggett was not interfering with play and waved play on, as Brown passed to Astle also thought to be offside by the home supporters who scored.

The commotion that followed led to Leeds having to play their first five home games of the following season away from Elland Road. Leeds fans invaded the pitch several arrests were made. Don Revie stormed on to the pitch trying to get the referee to overturn his decision.

This decision not only ruined Leeds chance of becoming champions that season but with the closure of their ground ruined the following seasons chances so a double blow for the mighty Leeds United.

The BBC were also on hand with the match of the day cameras to witness the events and in a post match interview with Leeds boss Don Revie the argument still raged with the manager claiming that Tinker’s wayward decision had ruined a year’s work of his staff and, of course, Leeds were overtaken by Arsenal, that year’s winners of the double.

As if to rub salt into Don Revie’s wounds the Albion’s next game was against Arsenal at the Hawthorns, who themselves were chasing the title game finished 2-2 with Asa Hartford scoring a goal for both sides. By dropping a point to Arsenal at this late stage in the season it virtually gifted the league to Arsenal.

The Arsenal game also saw the return to the Hawthorns of 50s favourite Don Howe, by this time the Arsenal coach he presented Brown with his Player of the Year Award before the kick-off.

By the end of the season all was not well with the board (nothing changes) with the team only just saving themselves from relegation it was thought that a new man at the helm was needed to steady the ship.

Alan Ashman’s treatment was scandalous after a truly excellent four years’ service, he had taken a mediocre unhappy team to two finals one win, a losing semi-final and the quarter-final stage of a European competition – in thirty-six Fa cup and league cup games only eight had ended in defeat for this he was sacked (oh for a manager like that today)

Worse was to come for Alan Ashman the underhand manner of his dismissal, announced whilst Ashman was holidaying in Greece, without formal notification, he only found out of his dismissal by reading about it in the English newspapers in Greece.

As well as Ashman’s achievements on the field he did some fine work behind them aswell he introduced some exceptional players to the first team, including Suggett, Glover and John Wile and Hartford, Cantello, Wilson and Alistair Robertson whom he had introduced from the junior teams, all of whom were to play quite vital roles in the club’s future. 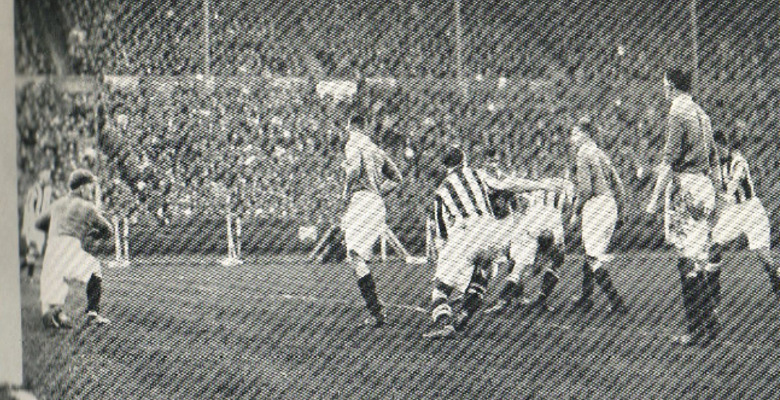 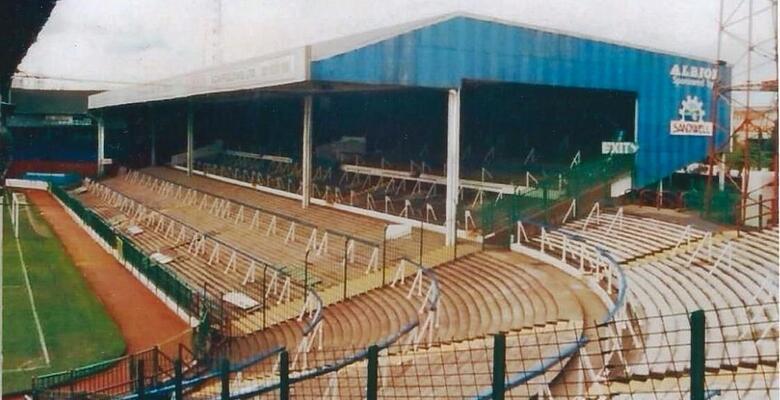 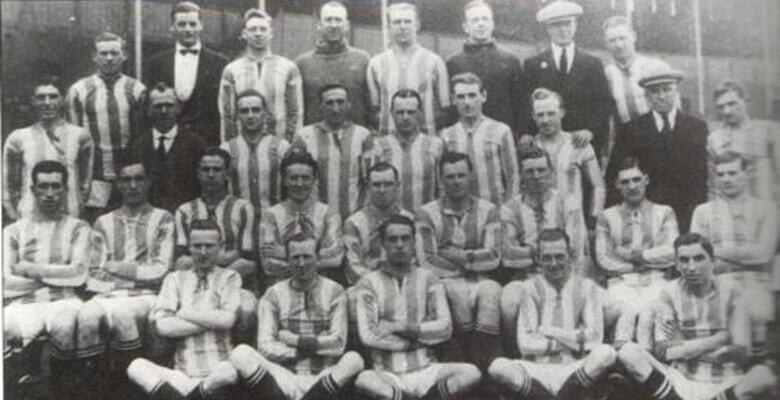